Last night I went to a play.

It is the second play I have been to lately. The first, The Elephant Girls, I saw on the recommendation of Amal El-Mohtar while it was showing in Dublin, and that was excellent. This was a showing of Much Ado About Nothing at the Lir Theatre: a friend had got tickets through work and couldn’t go, so she passed the tickets along. So my girlfriend and I stroll along last night up by Grand Canal Dock at the hottest day (so far) of the year, to see the young people of the Lir National Academy of Dramatic Art DO SHAKESPEARE.

Wow. What a show.

It was a modern staging and a very high-energy one, at that: Much Ado About Nothing reimagined as the eighties/disco house party from hell, complete with high heels, shirtless men in hot print shorts and fur coats, Claudio lathering Don Pedro in sunscreen, and Beatrice reading Caitlin Moran. It was a small cast: Beatrice, Hero, Leonato (cross-cast as Leonata), Don Pedro, Claudio, Don John, Margaret, and Barachio, whose actor also played the Friar. There was some compression of characters and scenes but it did not detract from the play.

There were musical numbers. Scene changes were signalled by the lights going down and a couple of bars of thematically-appropriate pop music. Leonato cross-cast as Leonata is a change that works really well, and allowed the play to play with the idea of Leonata and Don Pedro having an understanding.

Beatrice delivered her lines amazingly well. She and Margaret, I think, were the best performers in the cast, though I suspect when they have a little more age and experience, the actors who were playing Leonata and Benedick and Don Pedro will be able to bring more presence to their performances. (Leonata leapt in presence once she had some pathos, rather than comedy, to play with.) Don John had little enough to do, but did it really well. And the stage business, the physical comedy, was exceptionally well done.

This staging of the play understood the misogyny that is at the heart of Much Ado About Nothing, and did not seek to minimise it: there is drinking and drug-use shown during the play, and this, juxtaposed against Claudio and Don Pedro’s vile over-reaction to aspersions cast on Hero’s sexual virtue, plays with the hypocrisy that is at the heart of the play. And at the scene break immediately after Claudio and Hero are agreed to be married the first time, members of the cast handed out invitations to the wedding. 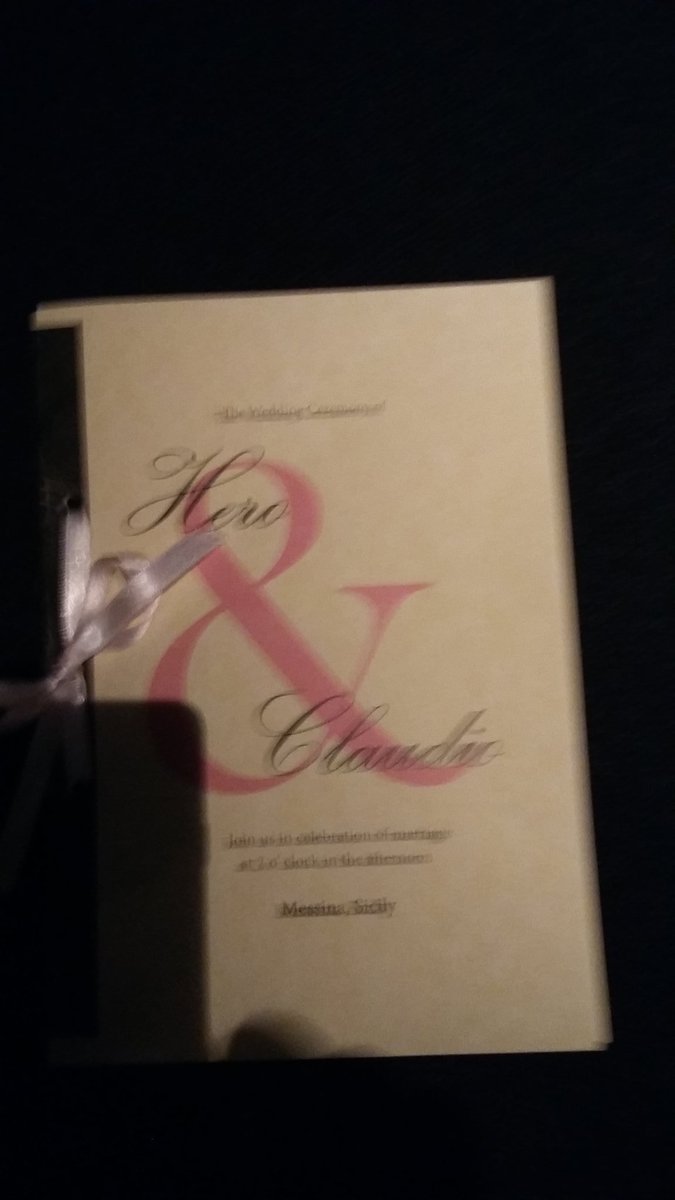 The text inside the cover? 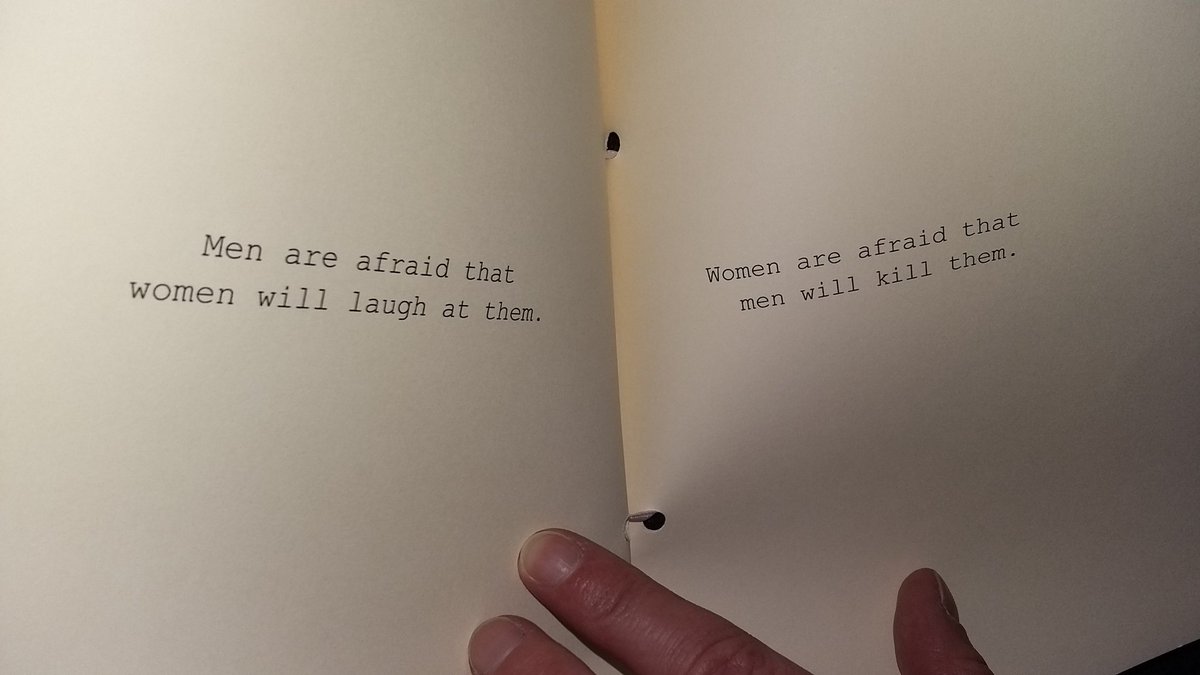 There is also a particularly telling bit of business at the very end of the play. All the cast are celebrating – with the exception of a hooded and bound Margaret. The cast exits, all bar Margaret, who is left in the middle of the stage, saying plaintively into the silence, “Hello?”

And then the lights go down.

They understood their Shakespeare enough to stage it well and faithfully and hilariously — and also critique its attitudes at the same time. An excellent play.